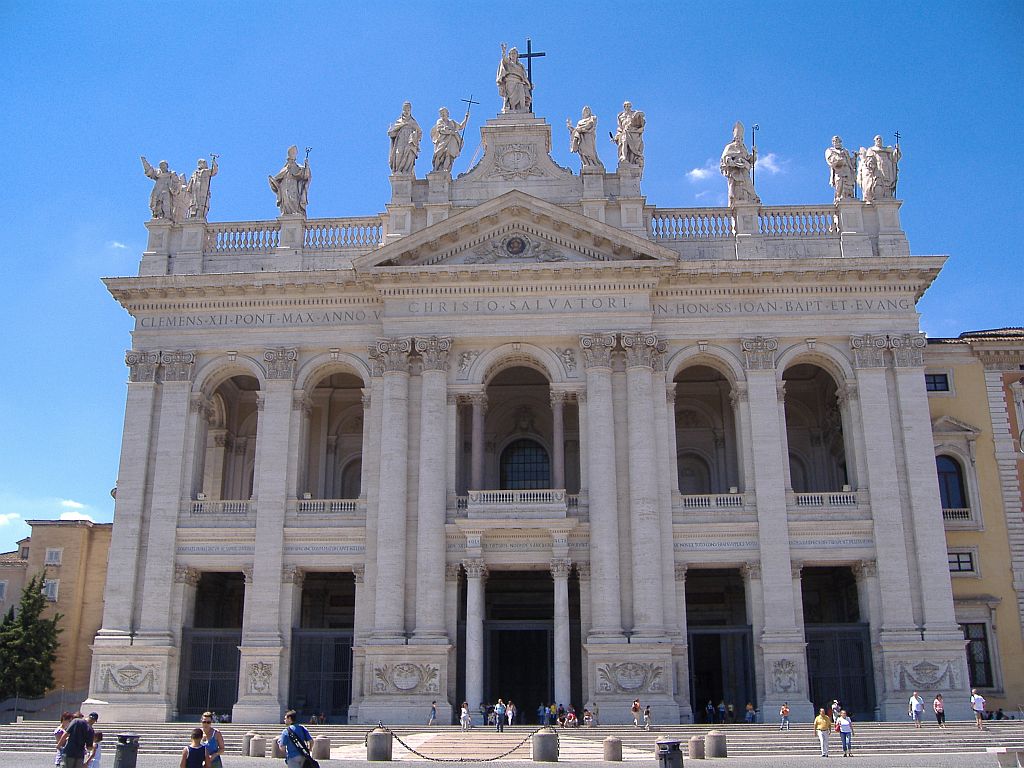 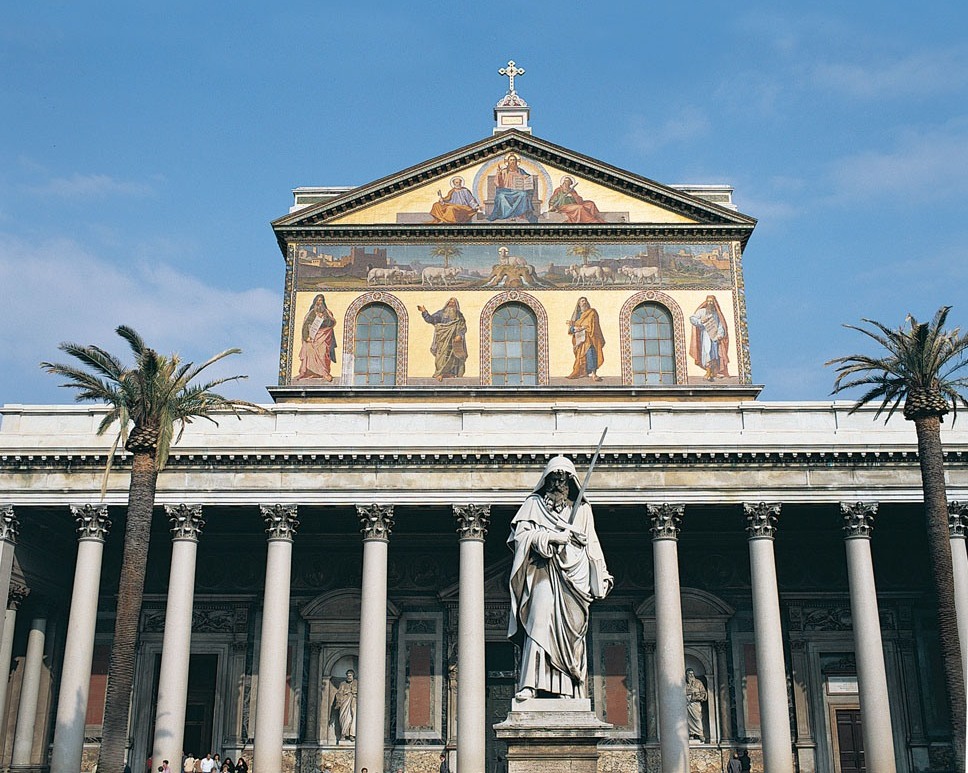 The tour is dedicated to visiting Rome’s Four Papal Basilicas:

St. Peter’s Basilica is the main Church of the Christian world, located on the burial place of the Apostle St. Peter, the first Pope and Bishop of Rome. Famous for its huge size (at 22,067 square meters), St. Peter’s Basilica is considered as one of the holiest Catholic shrines and a popular place of pilgrimage. Particularly impressive is the dome designed by Michelangelo. Besides, it houses splendid tombstones of the best Italian masters.

(In case if the visit of St Peter’s Cathedral was already included in another tour (e.g. combined with Vatican museums tour), St. Peter’s Basilica can be replaced by visiting other basilicas: Santa Croce in Gerusalemme and St. Clement.

Santa Maria Maggiore (Basilica of St. Mary Major) is the largest church dedicated to the Virgin Mary in Rome. One of the earliest Christian buildings, the Church was founded in the V century, when there was still a Roman Empire. The Church contains a unique mosaic of the V century, depicting the life of Madonna and Christ, the mosaic of the XIII century and 2 beautiful Capellas Sistina and Paolina. The 14th century bell tower is the highest in Rome (75 meters). The coffered ceiling, designed by Giuliano da Sangallo in the 16th century, is gilded with gold brought by Columbus from the Americas.

San Giovanni in Laterano (Papal Archbasilica of St. John in the Lateran). Mater et Caput “Mother and Head” of all Rome’s and the world’s catholic churches. It is the first Christian Church built in Rome by Constantine the Great (IV century). San Giovanni in Laterano is dedicated to John the Baptist and John the Evangelist. It has survived to our time in a much rebuilt form. Nearby is the baptistery and the Holy Stairs. According to the legend, this stairway once led to the praetorium of Pontius Pilate on which Jesus stepped on his way to trial. The Scala Sancta leads to the ancient papal chapel, where the miraculous icon of the Savior is kept.

San Paolo Fuori Le Mura (Papal Basilica of St. Paul Outside the Walls). The Cathedral Of St. Paul outside the walls is the burial place of the Apostle St. Paul. The authentic 4th century Cathedral burned down in 1823 and in the middle of the XIX century there was built the present Church, completely repeating the original one. In the basilica, the second largest in Rome after St. Peter, there is a medieval mosaic, the 13th century tabernacle by Arnolfo di Cambio; a five-meter Easter candlestick and a wonderful cloister of the 13th century not destroyed by fire.

Basilica of St Paul Outside the Walls is situated in the Via Ostiense, 2 km outside the Aurelian Walls (hence its name).

Based on the remoteness of the location of the basilicas between them, the excursion involves the use of the city’s subway or taxi.