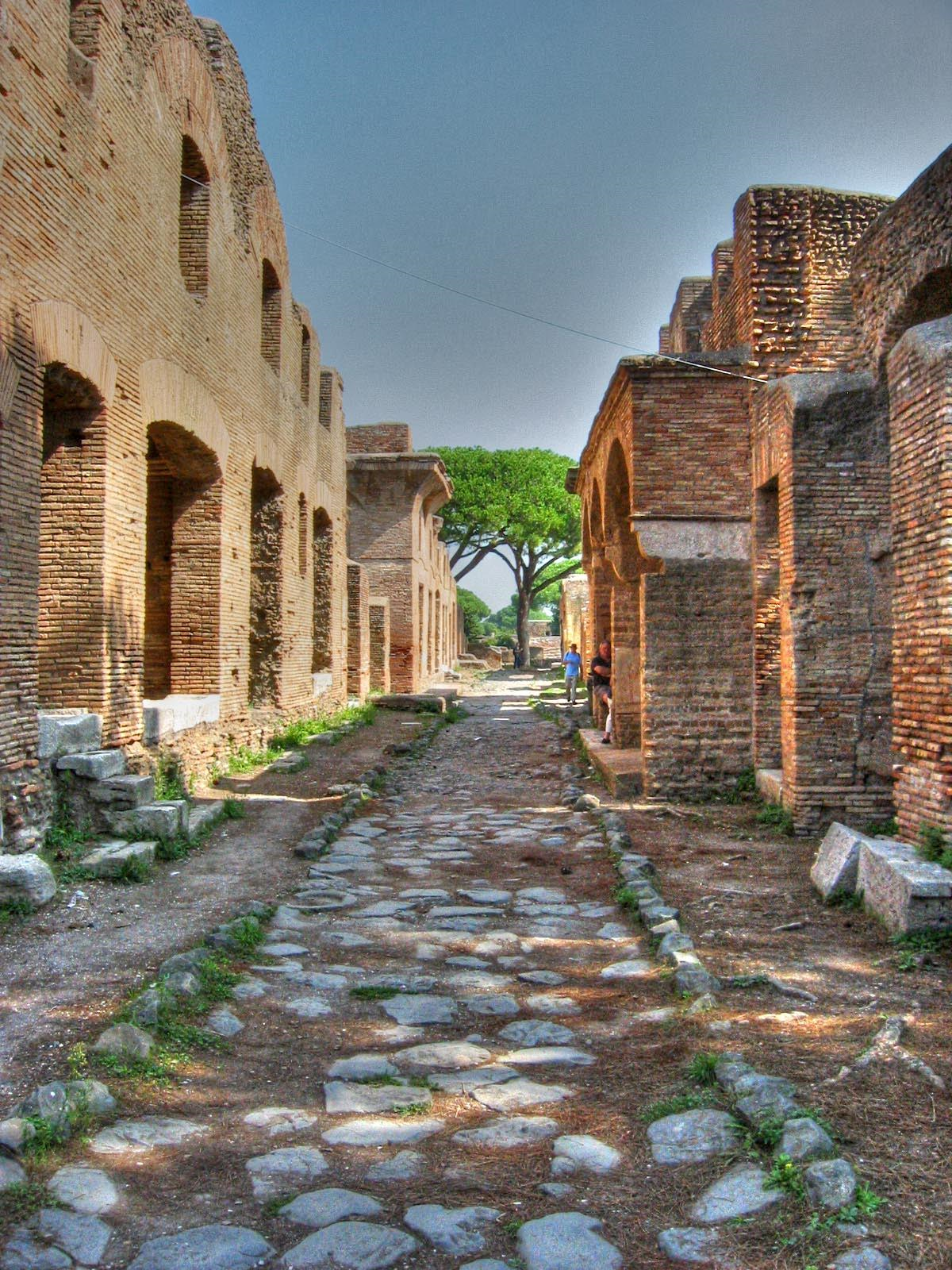 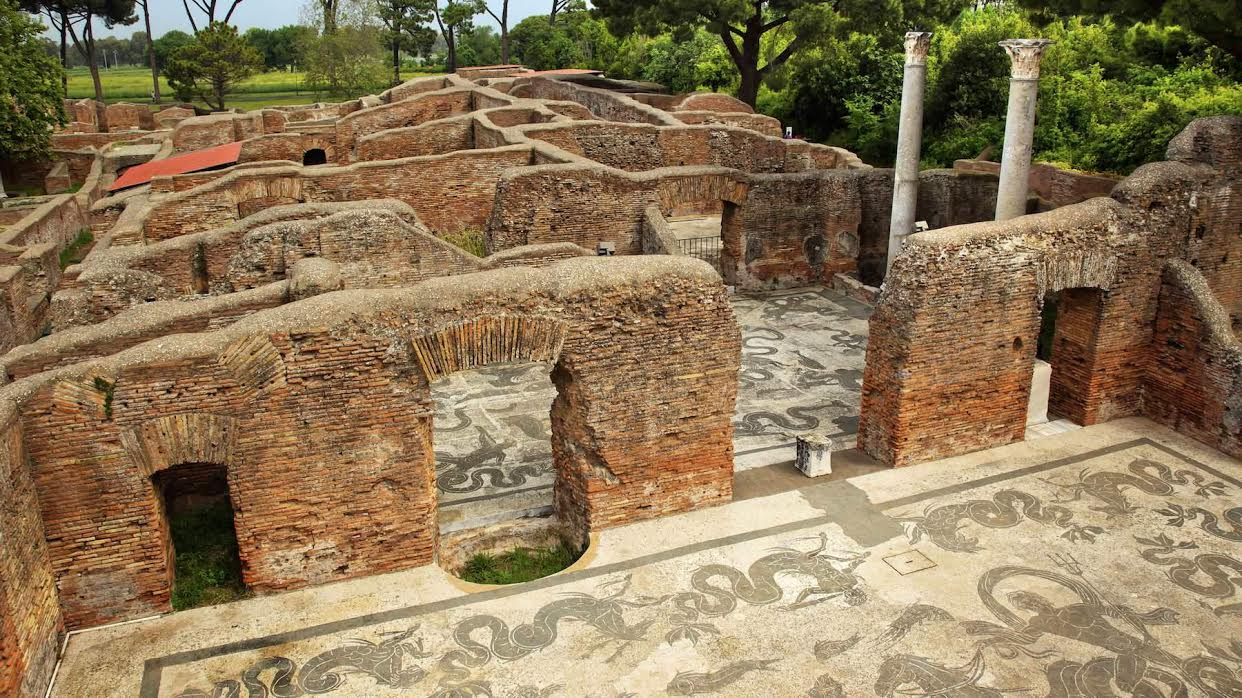 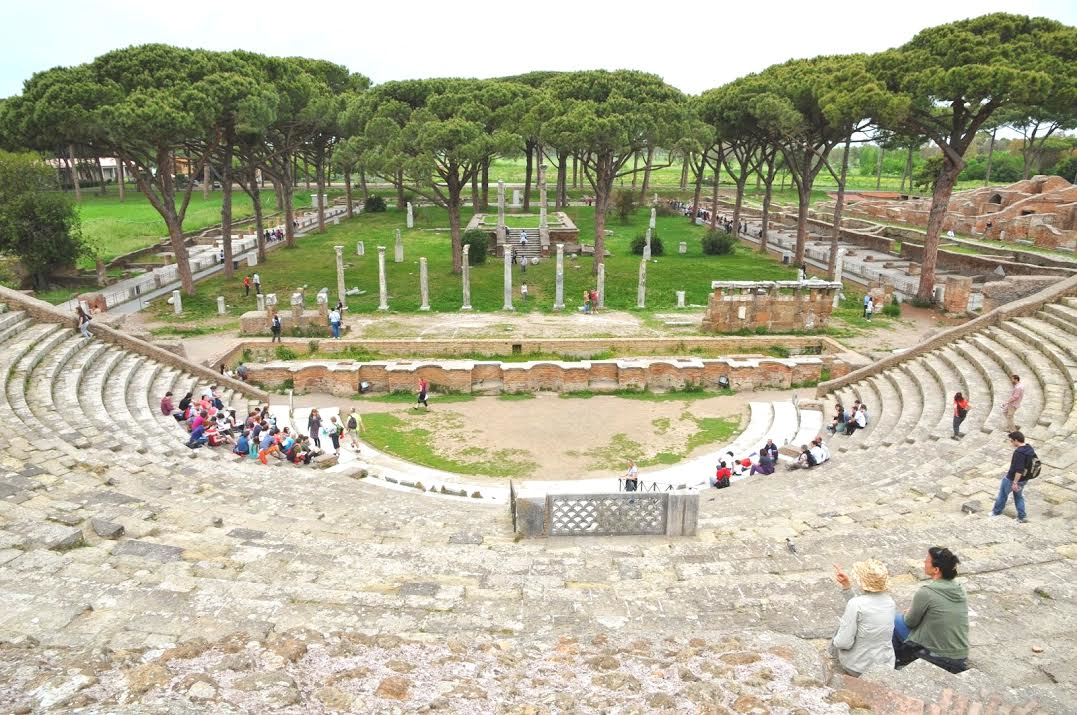 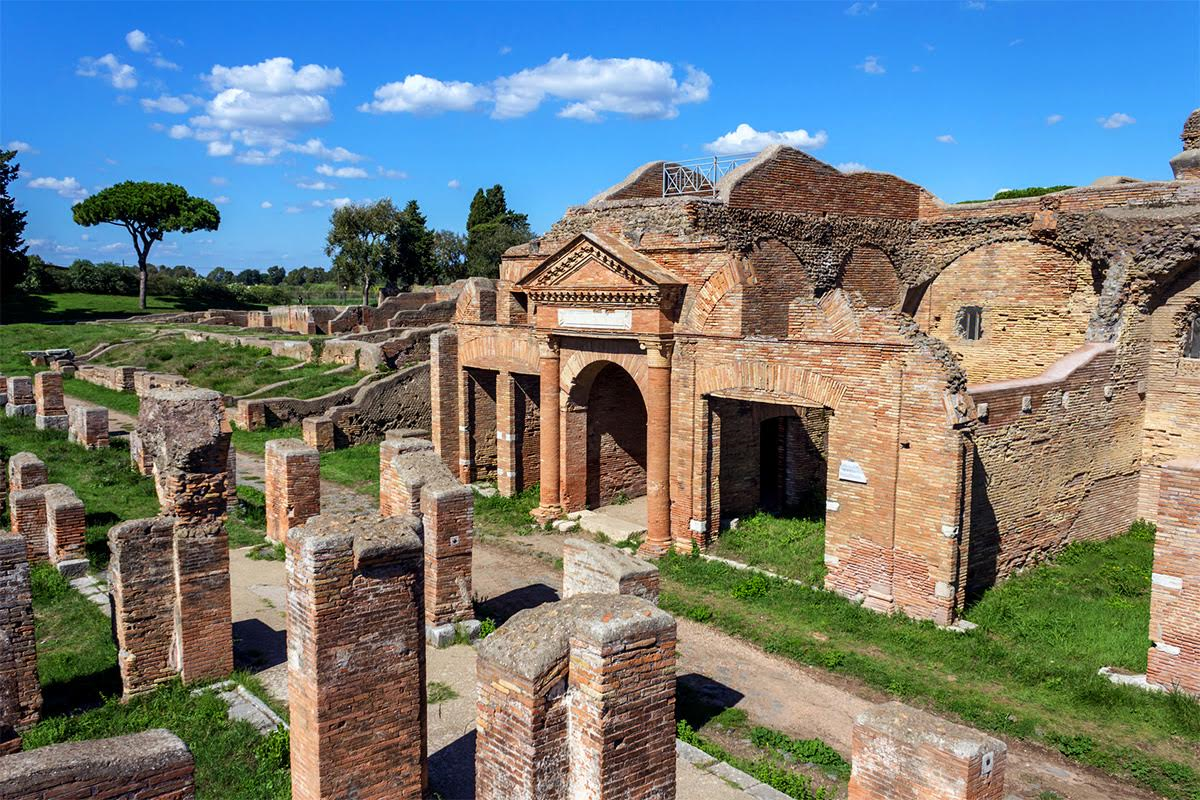 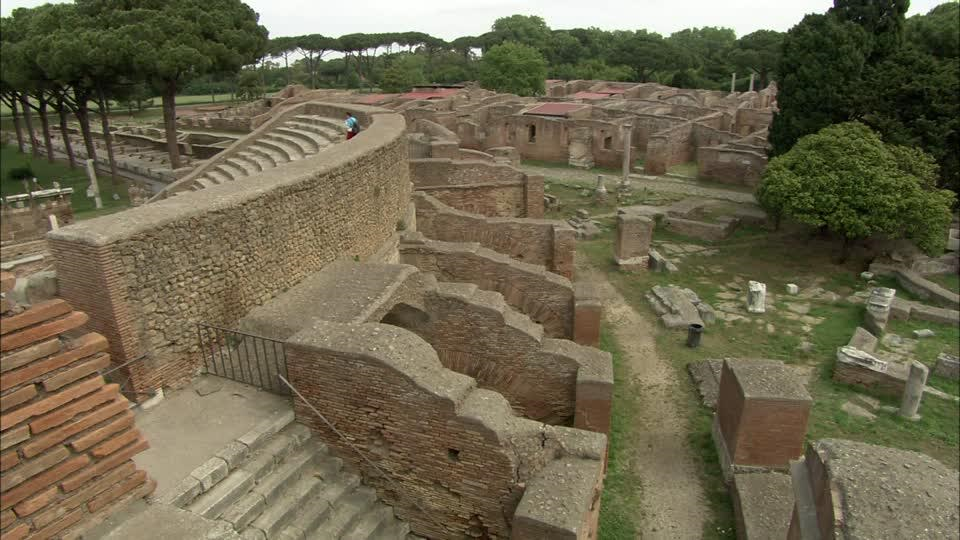 THE ANCIENT HARBOUR CITY OF OSTIA

Ostia Antica tour can be organized by car/bus or using public transport.

Ostia is often called little Pompeii. However, not only the fate of these two cities is different. A catastrophic loss under the ashes of Vesuvius of the one city and slow, almost complete oblivion and extinction of the other…

Visiting Ostia Antica during your guided tour in Rome you will find buildings of all types and eras. While in Pompeii preserved specimens of magnificent palaces got “frozen” in one historical moment in 79 ad, and in Rome the remains of ancient buildings are almost completely destroyed by thousands of years of continuous reconstructions, Ostia is a real treasure trove of examples of urban development from different eras. There have been discovered buildings from the Republican period and up to the decline of the Empire, although most of them date back to the 4th century AD.

Ostia was founded in the 7th century BC by the king Anco Marzio. Ostia has always played an important defensive role, and perhaps the main task was to provide military control over the salt marshes, which were at the mouth of the Tiber in ancient times. The control over the salt marshes also meant gaining control of the roads leading to the area. So, the first settlement was founded at the intersection of these roads. Ostia flourished in the Imperial period. There are still some of the streets and buildings preserved from the 3rd century BC – 5th century AD. During the Republican period and the period of the Roman Empire a small harbour city grew into a thriving commercial and business center.

The tour of Ostia Antica will take you through the archaeological area in the harbour city of Rome. Together with your guide in Rome you will enjoy thermae with wonderful mosaics, remains of the ancient theatre, laundries, taverns, warehouses, temples, rich Domus of the nobility with paintings and more modest homes of ordinary people “insula” etc.). It is possible to see the ancient mouth of the Tiber River, which had heavily advanced after the flood in the 16th century leaving the ancient port of Ostia Antica 6 kilometers inland.

Duration of the tour 3 hours